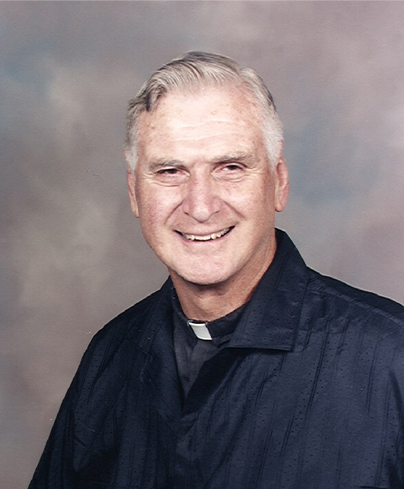 Rev. Michael McNally, 91, was called to his eternal rest on July 4, 2020 while in hospice care in Ontario.

McNally was ordained to the Society of Jesus on June 16, 1959 by Auxiliary Bishop Most Reverend Roman Atkiekski in Gesu, Milwaukee, Wisconsin.

Following his ordaination, Fr, McNally, SJ was an instructor in Theology at Campion High School and Marquette University, Wisconsin before coming to the Diocese of San Diego in 1963 where he served as an associate pastor and was incardinated on Jan. 6, 1967.

During the following 10 years he served as a member of the faculty of University Boys High School and on the staff of the Department of Catholic Education for the Diocese of San Diego.

McNally was appointed pastor of Blessed Sacrament Parish, Twentynine Palms in 1977 until 1982 when he was appointed to St. Frances Xavier Cabrini Parish, Crestline.

In 1985 he was appointed pastor of San Salvador and Immaculate Conception parishes until his retirement in 2000.

He continued his priestly ministry, serving as chaplain to the VA Medical Center, Loma Linda and March Air Reserve Base, Riverside.

Funeral services were held at Our Lady Queen of Peace Cemetery, Colton and a Memorial Mass will be celebrated at a later date.