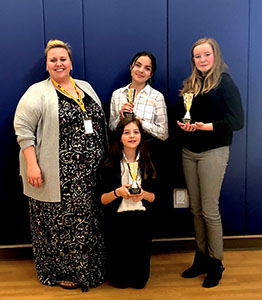 The topics for the “War of the Worlds Tournament 2019” were:

• The United States should close its Guantanamo prison.

• Schools should be year round.

• The United States voting age should be lowered to 16.

“The amount of sportsmanship I’ve seen from all of the debaters has been phenomenal,” said Mrs. Rebekah Shepherd, the OLPH Debate Team’s coach and eighth grade teacher at the school.