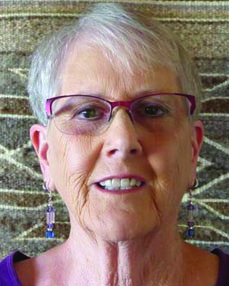 Late last Fall, we drove along the Arizona – Sonora border in Organ Pipe National Monument and witnessed the spectacle of the beginning of the construction of the 30-foot-high border wall.

It is a massive undertaking costing between $5 million and $25 million for each mile, or something like $20-$35 billion for the work being done now (to put this in perspective, the United States has spent $100 billion on border enforcement since 2010). And that is just the cost in dollars.

In Arizona it is illegal to move a saguaro cactus without getting a permit. It is illegal to destroy a saguaro. How many saguaros, ranging in age up to 150 years, are being bulldozed as a 60-foot-wide, 30-mile-long swath of ground is being scraped bare for the construction of the wall? It is true that some saguaros are being “relocated,” but, of course, these are the ones less than 50 years old, and no more than three or four feet high. It is hard to relocate a cactus that is 30 feet tall and weighs 4,000 pounds.

While all of this was going on, my friend Scott Warren was facing his second federal trial, with the prosecution seeking a 10-year prison sentence, for offering humanitarian aid in the desert. He was acquitted on November 21.

Another environmental disaster is that water is being pumped out of few precious aquifers to mix the concrete needed for the wall construction. Water in this part of the world is rare and cannot be replaced by seasonal rainfall. Water in aquifers is ancient water, built up over thousands of years. Speaking of water, the border wall is not designed to withstand summer thunderstorms that hit the desert – rainfall of an inch in 30 minutes is not unusual. Water flowing downhill will pick up soil from the bare ground and other solid matter and form a dam against the wall. In some cases, it has toppled the wall.

As it turns out, 41 laws are being waived to build the wall in Organ Pipe and other locations. Most of these laws were enacted to protect sensitive species and or environment. I could go on about that, but I am going to cut to the human story.

Humanitarian aid organizations such as Samaritans, and, No More Deaths have documented that the result of more border wall is more death in the desert. Back in the 1990s, the construction of the wall was begun near San Diego and so unauthorized border crossers moved east into the desert and the deaths began. Over the next decades, more and more wall was constructed, mostly around official ports of entry and over 7,000 sets of human remains have been recovered (there are probably at least another 10,000 undiscovered in remote areas). So those who crossed moved into increasingly hostile terrain which was thought to provide a natural deterrent. But the urgency to cross was greater because people could not sustain themselves or their children in their home countries. People keep crossing and dying – mostly of hyperthermia and dehydration because no one can carry enough water to survive six to 10 days in the desert and there is no source of drinkable water in the uninhabited places where people are crossing.

The point of all of this is that no wall will deter people who are desperate to cross. But it will make it more likely that they will not survive the crossing.

What does our Church say? I think everyone who is reading this knows the answer. While it is true that a nation has the right to secure its borders, people also have a right to be with their families and to escape impoverished and life threatening situations. While it is true that crossing without authorization is against the law, it is not deserving of the death penalty.

Pope Francis reminds us of the “painful truth” that our world is daily becoming more elitist and more cruel. The real purpose of the border wall is to protect the people of the United States from the poor. We cannot remain indifferent. We must work to build the human family according to God’s plan. We are all brothers and sisters. “We must not fail to weep. We must not fail to respond,” he said on World Day of Migrants and Refugees last year. Weeks later, on International Migrants Day, the Pope said, “our response to the challenges posed by contemporary migration can be summed up in four verbs: welcome, protect, promote and integrate. If we put them into practice, we will help build the city of God and man.”