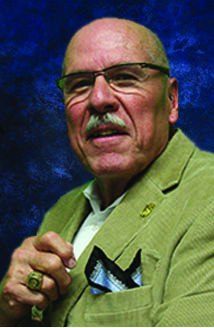 When I first began to read the works of the Dutch spiritualist Henri Nouwen, it became an addiction. Like so many readers, I was reeled in by his prose, his insights, and his sense of spirituality. As my bookshelf began to blossom with his work, it occurred to me that the quality of some of his work was irregular.

I began to the see value in the critique by his peers that since he never met a topic he didn’t want to write about, some of his writing was becoming watered down. However, despite that failing, I remained a fan and his work is still prominent in my library and reflected in my thinking.

I recently finished a first read of “A Letter to a Suffering Church,” Bishop Robert Barron’s new book about the sexual abuse crisis that never seems to have an ending. I say first read because it is his full take on the abuse crisis, its causes, its missteps, its aftereffects, and as I learned from reading Nouwen, it will deserve a second and possibly third read to fully absorb it. I did not agree with all he said or how he said it, and the piece has been roundly criticized by folks like Michael Sean Winters in a National Catholic Reporter review for similar reasons that critics railed against Nouwen. Bishop Barron is overexposed, over simplified, and commercially tinged by his body of work on almost everything. But while that may be correct, it doesn’t take away from the hard truths and the developed theology that he offers in this new text.

Bishop Barron makes clear at the onset that he doesn’t purport that this is the final and definitive last word on the topic, but what he successfully does is to take a fair and thought-provoking bite out of the issue. He says up front that he doesn’t do it as a Bishop, a church official, or even as a priest; instead he offers a conversational tone, as if a friend were speaking. Reading his words, I felt his pain as a Catholic who has been disappointed, and I dare say, betrayed by this ongoing scandal. It is a familiar place for many of us.

Bishop Barron points out that despite the warts and ugliness of sexual abuse, which has made it a place that we seem unable to leave, it is a place we have been before. He reaches back onto the Judeo/Christian traditions which we hold dear and reminds us of the frequent and serial failures of those who God has anointed to lead his people. In each case the God Fearers of the Old Testament and the Christians/Catholics of the Common Era held fast to their faith, turned to prayer, and stood as the people of God working and living their way through the crisis of the moment. It is a detailed and uncomfortable history of the institutional side of faith and Church that we may never have heard or do not want to hear.

While this crisis has been a particularly long and painfilled moment, Bishop Barron echoes the faith filled responses to the Church’s oft times checkered past as he makes a strong case for all Catholics to stay and have a hand in renewing and repairing the damage. He calls the laity to stand up as the Body of Christ in the Church, he says, “the Baptized are the community from which priests come and from which they ought to receive ongoing sustenance. A better and stronger laity shapes a better and stronger priesthood.” The institutional reputation of the Church and the clerical state it encourages was never meant as the supreme value, rather the Church is to serve the people of God. To that end the Bishop suggests that the laity must be willing to fight to force significant change. His charge to the people of God is reminiscent of Pope Benedict XVI in his 2012 call for a new model of co-responsibility between laity and clergy: a model of real change in structure to enable the laity to participate in the governance of their Church beyond passive deference, and toward an active ownership.

The book is full of theological, biblical, philosophical, and historical quotes and citations – far too many to catalog here. One of my favorites is from the 20th Century writer Hilaire Belloc speaking of how he is bound to believe that the Church is divine, and offers to the unbeliever that, “ no merely human institution conducted with such knavish imbecility would have lasted a fortnight.” Bishop Barron believes that Spirit-led influences have called Ordained, Consecrated, and Lay persons over the centuries to rise to renew and rebuild our Church, and he believes that the Spirit is calling us today. A good start would be to read and discuss this book. It is for sale at about $1 per copy, what I paid for mine, and there is a study guide to accompany it online. I am not in the habit of shilling for book sales, but this is an exception.