A long-ago shuttered school and cemetery in Banning is one of ten sites in California under federal scrutiny following revelations earlier this year of inhumane conditions and practices at Native American Industrial Schools run by Catholic entities.

St. Boniface Industrial School was built along West Gillman Street in Banning and opened in 1890. For the next 62 years it operated as a place to educate and assimilate Native American children into Anglo culture. In 1952 it was renamed New Hope USA and its focus shifted from serving Native American children to serving underprivileged children and wards of the court.

The property also included a cemetery where diocesan records show 77 people were buried, including 24 Native American and Hispanic children who had attended the school. The Church sold the land prior to the formation of the Diocese of San Bernardino in 1978. 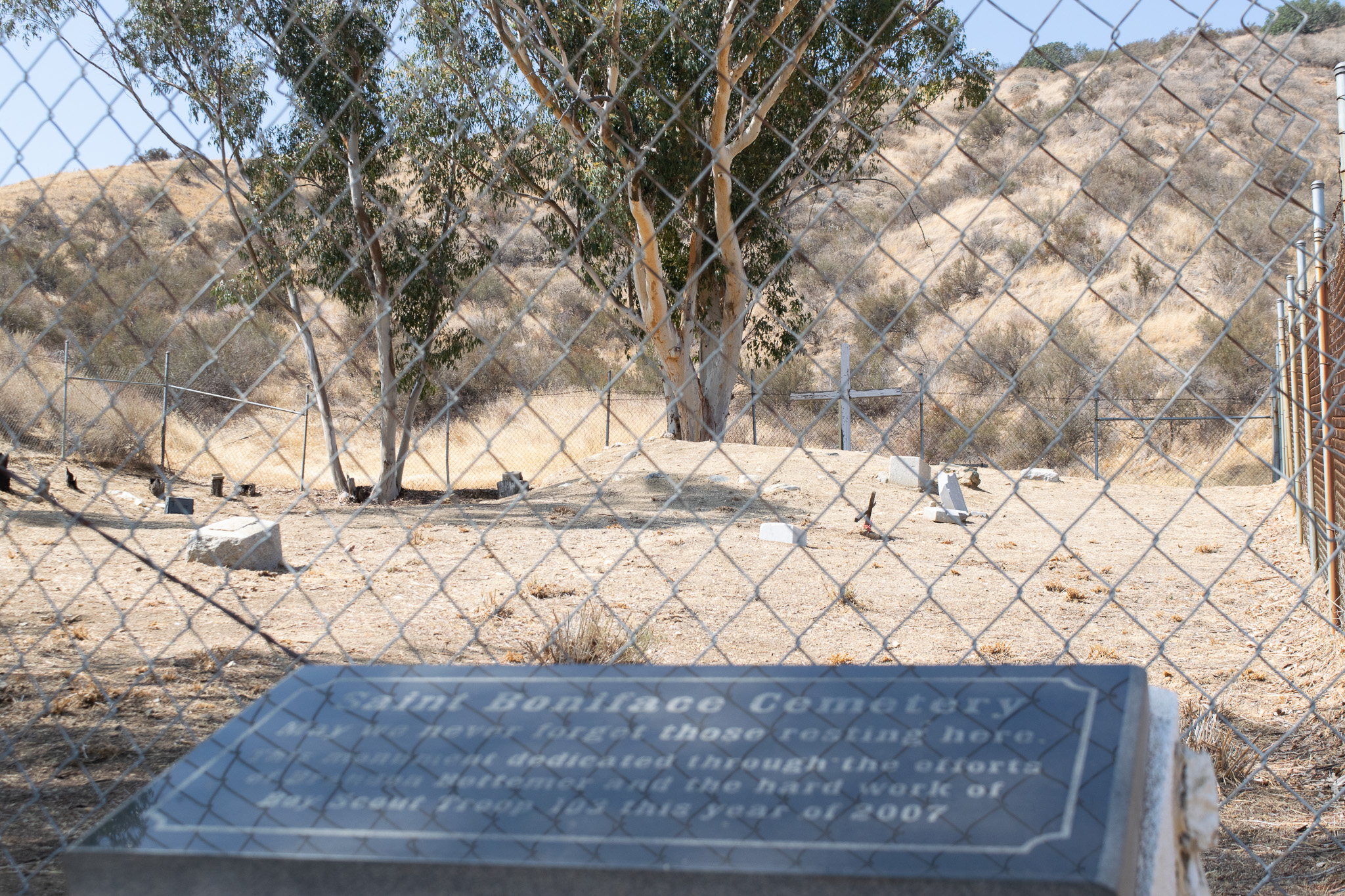 A reckoning over Canada’s residential schools began this spring when the remains of 215 indigenous children were discovered on the weekend of May 22 with ground-penetrating radar at the site of the former Kamloops Indian Residential School in British Columbia. It remains unclear when or how the children died.

The residential school system was set up by the Canadian federal government, beginning in the 1870s, as a means of forcibly assimilating indigenous children and stripping them of familial and cultural ties.

The Catholic Church or Catholics oversaw more than two-thirds of the schools. The last remaining federally run residential school closed in 1996.

According to the Truth and Reconciliation Commission, a Canadian body set up to investigate abuses in the schools, at least 4,100 children died from “disease or accident” at the schools. The locations of many cemeteries could fade from memory over time due to lack of regulation and documentation, and individual grave markers could have been moved or succumbed to the elements.

The United States is undertaking an investigation into hundreds of American Indian boarding schools that operated from the 1800s through the 20th century.

On June 22, Secretary of the Interior Deb Haaland announced the Federal Indian Boarding School Initiative in an address to the National Congress of American Indians (NCAI) during a virtual conference.

“To address the intergenerational impact of Indian boarding schools and to promote spiritual and emotional healing in our communities, we must shed light on the unspoken traumas of the past,” Haaland said in her announcement. “No matter how hard it will be.”

The Department of the Interior oversees the Bureau of Indian Affairs which, along with denominations of the Christian church, was responsible for boarding school practices starting with the Indian Civilization Act of 1819 until the late 1970s and after.

Now the DOI will now oversee an investigation into more than 365 boarding school sites in the U.S. At the state level, California Assemblyman James Ramos, a member of the San Manuel Band of Mission Indians, sponsored a state resolution in support of the federal investigation. He has said that his grandmother attended St. Boniface and that it represents a “dark part of history.”

Peter Bradley, recently retired Archivist for the Diocese of San Bernardino, said his office would receive phone calls yearly from members of different Native American Tribes in Southern California asking for information about St. Boniface because they believed their descendants had attended the school.

“We saw the impact that the school has had in the Native American communities, even beyond Riverside and San Bernardino counties,” Bradley said.

An entire volume of the Diocesan Heritage Series, a series of historical books written by Bradley’s predecessor, Dr. Bruce Harley, is devoted to St. Boniface School.

The Diocesan Archives Office has compiled that book and other records from St. Boniface School and its cemetery in anticipation of the federal investigation. Father Early Henley, M.S.C., Director of the Diocesan Office of Native American Ministry, said the revelations about the Native American Industrial Schools in Canada and subsequent federal probe in the United States will evoke painful memories and feelings of anger and sadness among Native Americans in the Diocese.

It is a time for the Church to listen to the grievances of the Native people, Fr. Henley said.

“We have to try to get the Native people to express or to talk,” he said. “Otherwise, it stays forever and ever.”