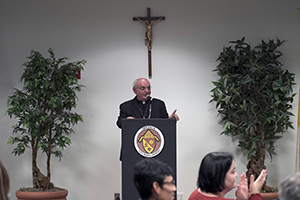 SAN BERNARDINO—“This isn’t a ‘me first’ religion. It is a ‘we’ religion.” 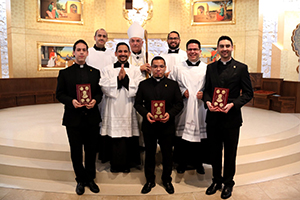 SAN ANTONIO, TX—On February 15, seven Diocesan seminarians took a step on their journey toward the priesthood when they were installed into the ministries of lector and acolyte in a special Mass concelebrated by Bishop Gerald Barnes. 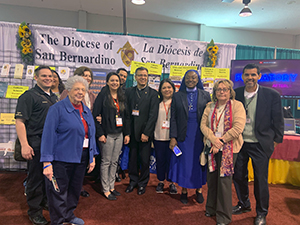 ANAHIEM—Every year thousands of Catholics register to attend the Los Angeles Religious Education Congress held at the Anaheim Convention Center. This year wasn’t any different as the faithful, including hundreds from the Diocese of San Bernardino, filled the Convention Center on Friday, February 21, to begin their three-day weekend of learning and spiritual growth.

A pastoral letter on the sin of racism has been developed by the United States Conference of Catholic Bishops (USCCB) Committee on Cultural Diversity in the Church. The Bishops’ underpinning on writing this letter was to help the faithful and the world live a life worthy of their call in standing with the teachings of the Holy Scriptures where we are called to love God and love our neighbor as ourselves.

The letter, entitled “Open Wide our Hearts: the Enduring Call to Love,” cites 1 John 3:1, which reads, “See what love the Father has bestowed on us that we may be called the children of God. This love which “comes from God and unites us to God; through this unifying process which makes us a “we” which transcends our divisions and makes us one…(1Cor 15:28).” In their search and teaching on this love, the Bishops write to address racism. They observe that racism is rising among the people of God and in our nation. Instead of diminishing, it is more boldly practiced, and so they deemed it necessary to speak out.

The Bishops’ letter defines racism as when one is convicted or has attitude that leads individuals or groups to exclude, ridicule, mistreat, or unjustly discriminate against persons on this basis of their race or ethnicity. That is racism and it is a sin. Racism in our world today is not just black and white. It comes in different forms. The Bishops point out that we are witnessing the “re-appearance of symbols of hatred, such as nooses and swastikas in the public spaces, a tragic indicator of rising racial and ethnic animus is one form of racism. The discrimination faced by Hispanics and African Americans in job hiring, housing, and educational opportunities is a form of racism. Another form is racial profiling and targeting of some ethnicities. For example, the “Hispanic selective immigration enforcement and African Americans automatically suspected of criminal activity.” Another form is in religion, the targeting of Muslim countries, the targeting of places of worship. A few parishes in our Diocese have suffered damage of some religious icons and vandalism. And we have heard of the ban on some Muslim countries from coming into the U.S.  One of the biggest forms of racism and most common, the Bishops’ letter notes, is that of omission. Most people including churches do nothing and say nothing and fail to act against racial injustice when they hear or witness it.

In next month’s issue of the BYTE we will continue our discussion of this important letter. Meanwhile, let us continue to use our voice to speak out and stand for justice, stand for Jesus. 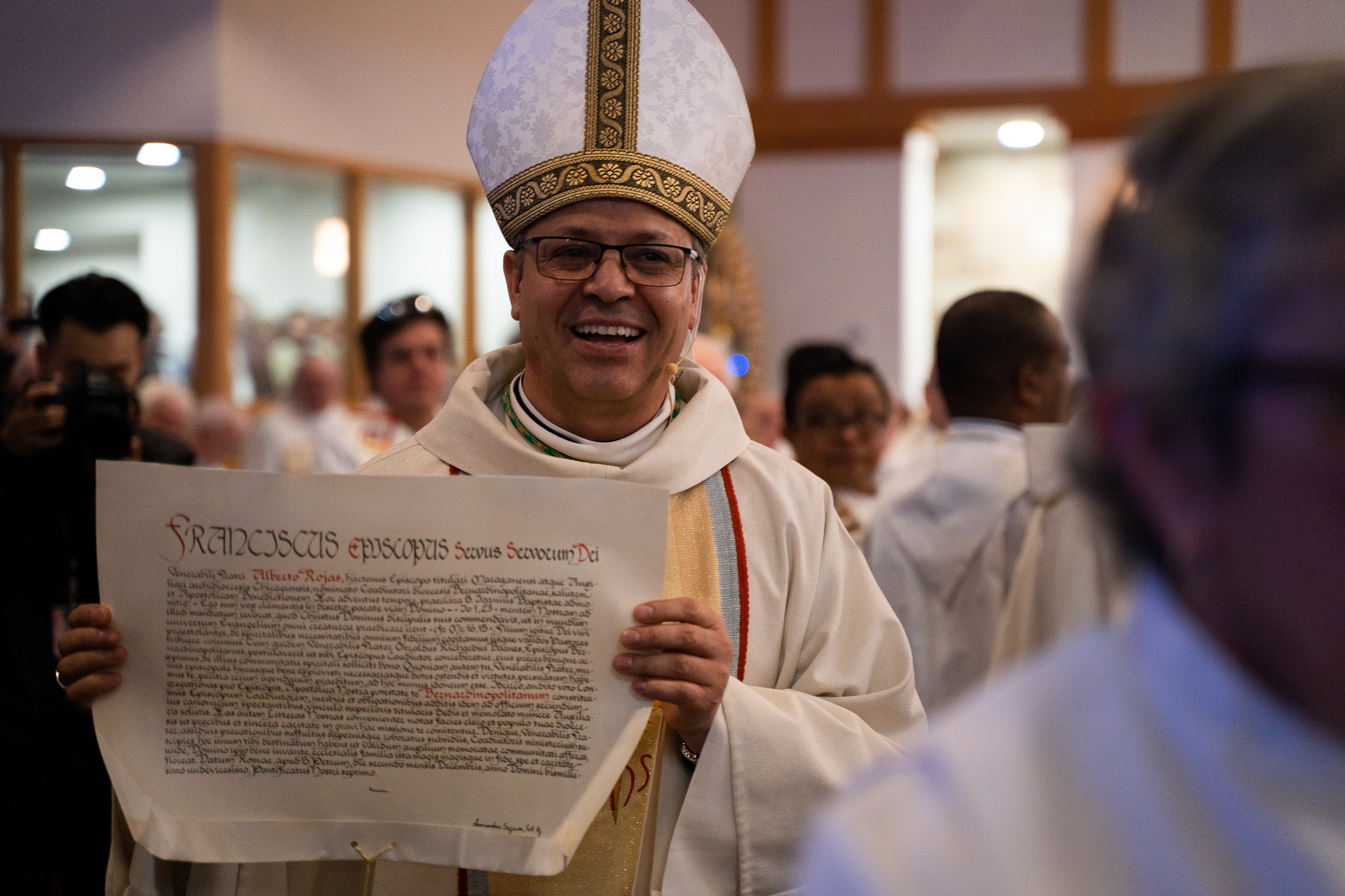 CHINO HILLS—When more than 2,500 of the Catholic faithful gathered at St. Paul the Apostle Church in Chino Hills on Feb. 24 to welcome Coadjutor Bishop Alberto Rojas to the Diocese there was a sense of both history and possibility in the air.

SAN BERNARDINO—Parish leaders and staff members from every corner of the Diocese will converge on the Diocesan Pastoral Center Feb. 13 and Feb. 18 for a meeting that is part update, part reflection and, this year, part introduction.